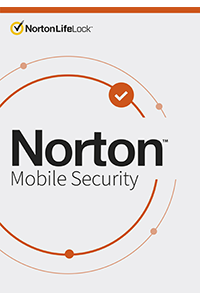 You rely more and more on your smartphone and tablet. Protect what matters most in your mobile world with Norton™ Mobile Security—powerfully effective and convenient security for smartphones and tablets.

With this service you receive the right to use Norton Mobile Security for the specified service period, which begins upon initial installation and activation. This renewable service includes protection updates, as available throughout the service period, subject to acceptance of the Norton License Agreement included with this product and available for review at www.norton.com. Product features may be added, modified, or removed during the service period. NortonLifeLock provides free 24x7 chat, and phone support for a period of one year from initial product installation. Updating to the latest product version may be required to access support. NortonLive Services sold separately. For full details and to access support, go to www.norton.com/globalsupport.